The hours of obsessive experimentation with raw sound (both acoustic and electronic, meticulously arranged and fortuitously captured) that Rrill Bell has dubbed to countless compact cassette tapes over the course of nearly two decades serve as the underlying otherworld behind the contingent worldly manifestations of his performances, installations and recorded artefacts. His freeform, improvised sets combine chance practices and new skillz in a deep, essentially duo-like dialogue with the tightly-wound material as continually re-examined from different angles. Using a custom-made kit composed of cast-off relics of the Tape Age (foremost among them his trusty modified Fostex analogue multi-tracker) and surrounded by piles of said cassettes, he assembles complex abstract emotive tone poems on the fly, one re-contextualised fragment at a time, drawing from the formative inspirations of radical scratch culture, Cagean thought, early tape music, musique concrete and various strains of free music practice. 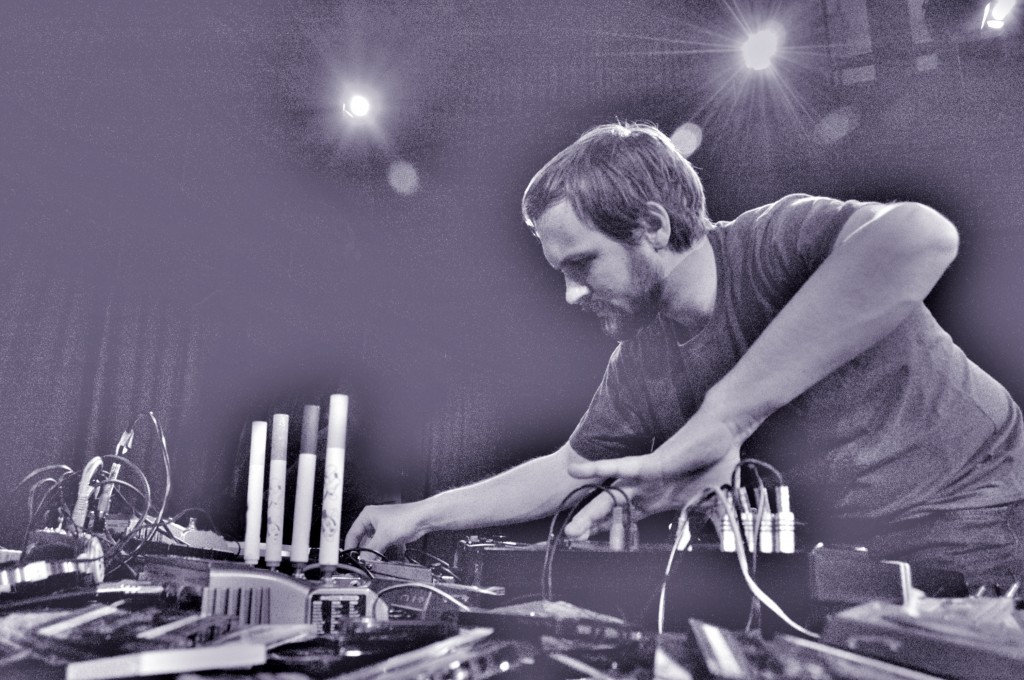 Rrill Bell’s collected improvisations and recording experiments of the past handful of years explore themes of potentially staged transcendence, ecstasy of suspicious origins, paranoid states of mind, sonic deception, fractured identity, doubt and rupture, faking it until you make it or feel it and the dilemma of being forced to adopt a perspective in a contingent universe.

Materials are drawn from a trove of personal recordings (ranging from instrumental sessions and electronic sound generation to various types of sound events captured or staged outside the studio) and a smaller collection of thematically related found sound, including audio excerpts from popular video sites, processed and repurposed to walk a line that involves individuals in an undertaking that they are unaware of in an empathetic manner while also placing them in larger relationships or contexts whose intended point of view may clash with their posited or presumed beliefs, producing a productive sort of friction and subtle shifts in meaning.

The material used in these live improvisations has often undergone many multiple stages of increasing abstraction. For instance, a fragment placed in a new context live may consist in part of a field recording that became the object of a previous scratch improvisation, a recording of which was then used in an ad hoc installation in nature along with other materials, the results of which were then dubbed onto tape again and now taken up in the exigency of the moment as material to be further abstracted or re-examined.

Finally, the music of Rrill Bell also exhibits a preoccupation with melodic lines and novel techniques for generating them that is fairly uncommon in free improvised electronic music today.